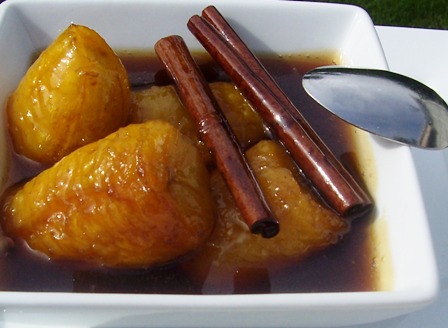 “Who comes from Colombia to Venezuela? These are people who come with no education, without a penny in their pocket, it’s the poor who come fleeing … Venezuela has become a magnet, a guarantee for social rights for the Colombian people. I have to say it, and I ask for your understanding … I don’t offend Colombia by telling the truth, that Venezuela is hurting, because of all the poverty and the misery coming from Colombia … but aside from that, we get drug trafficking, mafias, and here we are, making sure Venezuela is a territory free of drugs, we are the victims, let’s open our eyes. And now, we are the victims of paramilitaries brought by the right, and send by Colombia’s far right.” Nicolás Maduro, yesterday.

It’s easy to tear one’s clothes over Maduro’s latest outburst. Channeling his inner Trump (although, to be fair, this goes far beyond anything Trump has said), Maduro basically blamed Colombia’s poor for crossing the border to become criminals, drug smugglers, and the worst thing you can be in the eyes of a chavista – a paramilitary. But Maduro points to something many Venezuelans would sadly agree with – that Colombia is the source of our problems.

More than a cliché, that’s a damn shame.

There are other elements missing from Maduro’s speech: Colombian lorry drivers who bring the food that we need in order to live. Colombian business people still willing to invest in our country. Colombian airplanes, who are practically our sole remaining link to the outside world. And the Colombian guerrilla group, the FARC, who have decided Venezuela is a great place to decamp in, thanks to the generous courtesy offered by the President.

But that’s beside the point, because the issue here is not Maduro and his obscene stupidity – one that he has repeated on several occassions. Maduro is just not interesting enough for a discussion. No, the issue that I propose you bring to the sobremesa is the xenophobic feelings that run deep in Venezuela society.

When I was in high school, we had a Japanese exchange student in our school. (Yes, times were different back then, Japanese exchange students would come to … Maracaibo!) His name was Hiroshi, and he quickly became one of the guys. We used to tease him by calling him “chino!”, ’cause we were teenagers. It would drive him up the wall. He was desperate for a way to best respond, and he found it – when we kept on calling him “chino,” he would respond, “¡CALLÁTE, COLOMBIANO!”

All of us have heard, at one point or another, an anti-Colombian screed within our midst. Resentment towards Colombians is widespread, but I have never heard anyone in the presence of hate speech such as that say “STOP.” Whether it’s our saintly aunt, a chatty taxi driver, or even the Venezuelan lady who does our laundry, anti-Colombian feelings are ugly, demeaning, and at this juncture in our joint history, almost laughable.

Many of the Colombians I have encountered in Venezuela are wonderful people. It is a blessing to have them in our country, and it is sad that many are leaving, asphixiated just like everyone else by our neverending crises.

The question then becomes when, as a society, will we put a stop to this disgusting stereotype? When will we start calling out our loved ones for their demeaning clichés about Colombians and crime – as if Venezuela wasn’t a nation of pranes. When will we start acknowledging that Maduro may be a racist buffoon, but he is channeling talk that we have heard in many places, around many a previous sobremesas, many times to our acquiescence. Isn’t it time we spoke up?

Have a good weekend, everyone.