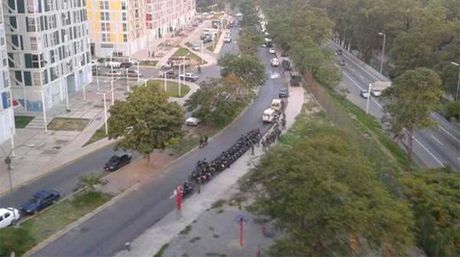 Yesterday witnessed another “tiny war” (didn’t we use to call those guerrillas?) in Caracas as the state sent a partly militarized mixed Police/National Guard force to re-establish order over another area that had quietly slipped into total lawlessness: the Misión Vivienda III development in Montalbán, in southwestern Caracas.

It’s a bit like having a state with bipolar disorder, randomly switching between reckless permisiveness and extreme repression in dealing with public order. “Peace zones” where the state effectively retreats from any public order role at all get invaded now and again.

It’s hard to find the rhyme or reason for it, isn’t it?