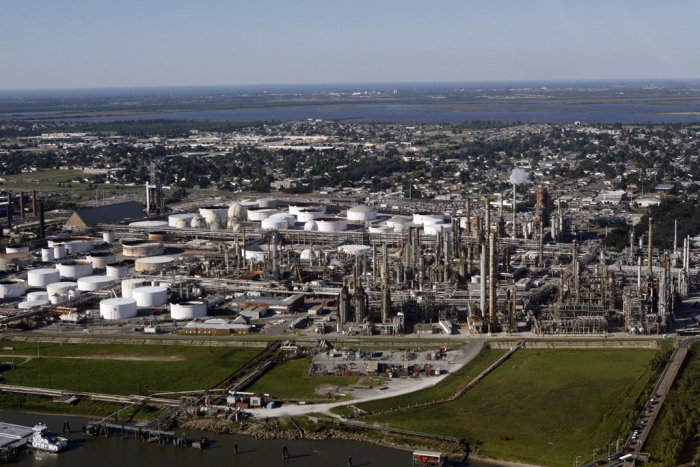 How many votes can we get for this pile of steel?

It’s distressing to think about the Venezuelan government’s latest financial moves. Not for what the moves entail, necessarily, but because of the obvious reason that is driving them.

First, the government announces it is tapping IMF holdings, about $389 million it held in its “Special Drawing Rights.”

Then, they announced a new “agreement” (i.e. loan) with China worth $5 billion.

Now, we learn that the Venezuelan government is privatizing – yes, privatizing – a refinery in Chalmette, Louisiana. The operation is for $322 million, although part of it goes to our partner in the refinery, Exxon Mobil. (Yes, that Exxon Mobil) And you can bet the sticky paws of a certain bête noire of this blog is involved in the deal.

Scraping the bottom of the barrel (literally!) is done for a single purpose: the legislative elections. Thetiming for these announcements perfectly matches the upcoming election season. In fact, I venture to wager that scarcity will wither down in the coming months, and that suddenly washing machines and refrigerators will begin to prop up in public squares near you.

The government is raising debt and selling off the few assets it has left, but that in itself is not a terrible thing. Governments issue debt and sell off assets all the time. The problem is that what is driving them is pure populism. There is no underlying economic strategy at play, no debate on the pros and cons of selling Chalmette. It’s simply populism at work.

The government is bankrupt, but it has a few chips it can still cash in. You know, for old times’ sake.

After that … well, all bets are off.

34 thoughts on “The election needs to be bought”