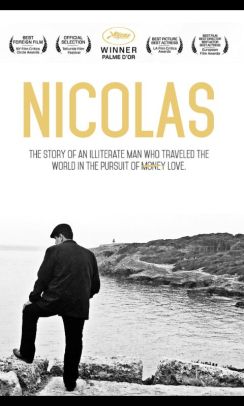 On Friday, January 2nd, Brent crude oil prices closed at around US$57 per barrel.

Two days later, an alarmed Nicolás Maduro announced that he would travel to China for the China-Celac Forum, and to several OPEC and non-OPEC countries “to continue high-level efforts (to create) a strategy for a recovery of oil prices.” Everyone knew Nicolás was really trying to get fresh cash from close buddies.

On Monday January 5th, Nicolás, his entourage, and his scarf landed in Moscow, but his Russian counterpart, Vladimir Putin, did not receive him. Instead, Maduro met with Deputy Foreign Minister Sergey Ryabkov Alexeevich.

Markets were not impressed. By the end of the day, Brent prices closed at around $54 per barrel, and the Russians didn’t give him any checks.

The next day, he said “we scooped up more than $20 billion in investments”, including a renewal of the Chinese Funds of $7 billion, a $5 billion investment in PDVSA, and $5 billion to “finance our foreign exchange accounts.”

Venezuelan Vice President, Jorge Arreaza, claimed that those agreements were “not debt”, but social investment. Crazy enough, we think that if you have to send oil as payment, then it is a debt. But then again, who are we to say?

Nicolás failed to mention that he was hoping to get and emergency loan of $16 billion from our Chinese buddies. According to El Nuevo Herald, “in exchange for the loan, Maduro was offering a range of collaterals, including future oil supplies and the future production of minerals from the Corporación Venezolana de Guayana (CVG), industrial complex that produces gold, aluminum and iron”. But “the Chinese government said it would only accept CVG production as a warranty if the company was left under its control, given the high levels of government corruption linked to its operations” and Nicolás didn’t agree to this.

Nicolás left China after participating in the China-Celac Forum. The Chinese didn’t give us any checks, and by Friday, January 9th, Brent prices closed at around $51 per barrel.

On Saturday January 10th, Nicolás was welcomed in Tehran’s Mehrabad Airport by the Iranian Minister of Industry and Trade, Mohammad Reza Nematzadeh. He later on met with Iranian President Hassan Rouhani.

After the meeting, President Rouhani said that “with the agreements reached during this meeting, we are hoping to see an increase in trade and investment, technical service exports, pharmaceutical industry, as well as the continuation of bilateral ties in the field of ship construction and launching joint airlines for tourism development”. In other words, no fresh cash for Venezuela.

Nicolás also meet with Iran’s Supreme Leader, Ayatollah Ali Khamenei, who said that “our common enemies are using oil as a political weapon, and they definitely have a role in the sharp fall in oil price”. President Rouhani also urged OPEC members to “neutralize schemes by some powers against OPEC and help stabilize an acceptable oil price in 2015”. At least Nicolás got this pat on the back to take home as a souvenir.

This seemed to be a rather crazy stop, since the Saudi Arabian oil minister, Ali al-Naimi,had already said that “as a policy for OPEC, and I convinced OPEC of this, even Mr al-Badri (the OPEC secretary general) is now convinced, it is not in the interest of OPEC producers to cut their production, whatever the price is”. And he added, “whether it (oil price) goes down to $20, $40, $50, $60, it is irrelevant”.

Regardless, Nicolás arrived in Riyadh on Saturday January 10th and met with Saudi Arabia’s Crown Prince Salman bin Abdul Aziz on the next day.

Needless to say, we didn’t get a check from the Saudis.

After the meetings, Nicolás said “we’re finalizing a financial alliance with important banks from Qatar that will give us sufficient oxygen to help cover the fall in oil prices and give us the resources we need for the national foreign currency budget”. But only three days later, a source close to the Qatari government told Reuters that “there’s no money being allocated from Qatar yet. We are just in a study phase which can include building a refinery in Venezuela over two years”.

By the time Nicolás left Qatar, Brent prices were under $49 per barrel. And, once again, Nicolás didn’t get any checks. 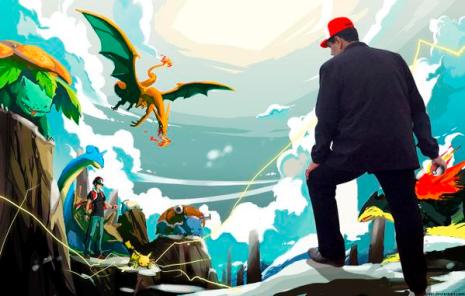 Nicolás arrived at Algiers on Monday, January 12th for a two-day state visit. There, he held meetings with the Prime Minister of Algeria, Abdelmalek Sellal, and the President of the National People’s Assembly, Mohamed Larbi Ould Khelifa (is he Algeria’s Diosdado?).

Nicolás said that the meetings were “productive” and that some agreements were reached on certain areas, but he didn’t give any details about them. Surely, these included increased supply of Algerian crude … because PDVSA.

By the end of the second day of Nicolás’ visit to Algiers, Brent prices were under $48 per barrel, and no checks were signed. To make matters worst, Moody’s downgraded Venezuela’s credit rating to Caa3, down from Caa1, because “default risk has increased substantially as external finances continue to deteriorate due to a strong decline in oil prices… (and) …In the event of a default, Moody’s believes that the loss given default (LGD) is likely to be greater than 50%”.

In full honesty, Venezuelans did get something out Nicolás visit to Algiers: REALLY amusing memes.

Seventh stop: Russia. (Does it count as another stop if it’s the same country again?)

On Thursday January 15th, Nicolás had to present his state of the union in front of the National Assembly, not according to us, but according to Venezuela’s Constitution. However, that day Nicolás arrived in Moscow (sans scarf) and this time he did meet with President Putin to discuss global oil markets and the “stability of natural resources”.

After the meeting, Nicolás said “we have agreed to step up the investment and participation of Russian companies and their share of joint ventures in the Orinoco oil belt and other projects. This will expand investments in stocks and oil production”.

It comes as no surprise that, even if –in Putin’s words– “Venezuela is not just a friend but also a close partner, one of Russia’s most important partners”, Russia didn’t give us a check.

By the end of the day, Brent prices were at $48 per barrel.

Just as we got the A-ok from our editor, we learned that Nicolás had landed in Lisbon, scarf an all. Nobody knew if he would ultimately go to Mexico, but Portugal was a curve-ball. According to Jacqueline Faría, Nicolás and his entourage made a Technical stop a Lisbon, “where they reviewed the progress” of energy, housing, roads and airline agreements. In other words: no checks for us.

On Thursday January 15th, while still in Russia, Nicolás said  that he had gotten all the necessary resources to solve Venezuela’s economic crisis, and that “in the next few hours I will be coming to Venezuela for offer all the details of the agreements of this successful tour”.

We have to wait for Nicolás to learn the details, but one things is for certain: he didn’t get the fresh cash he was looking for, and the oil price is cretainly not recovering.

We know that low oil prices don’t kill people, and that Venezuela’s recession is not just because oil prices fell, but because our policy-makers failed.

But Venezuela will go through a rather difficult time with the current oil prices. We hope that Nicolás, in his extended meditations on life and the world, realized that a change in the “Socialismo del Siglo XXI” economic model is imperative.

49 thoughts on “He traveled hard for the money”