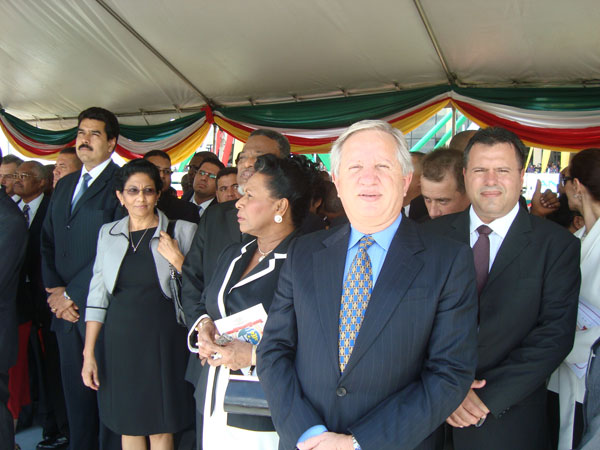 As legitimate as they come

Five weeks ago, our pal Setty published a terrific article for the Columbia Journalism Review on scams and the media. Using Arevenca, the scam Venezuelan company whose president, Francisco Javier González, has allegedly been involved in several shady deals, Setty goes on to explore the role of the media in (sometimes) publicizing scams.

“The website looked fine—dozens of oil tankers, refineries in Korea, Mexico, Aruba, and Venezuela. And here I thought only state oil companies owned refineries in Mexico and Venezuela. I started to feel stupid; I couldn’t believe how much I had missed. Arevenca’s ships weren’t on the Bloomberg terminal. I had never submitted their refinery units to our refining database. I had never heard of Arevenca’s president, just the sort of person I should have been interviewing while the state oil company stonewalled the press.

But then I saw something funny. Among pages offering fuel specifications, the page for the refinery byproduct petroleum coke (petcoke for short) was labeled “Pet Cock.” Then I started to focus on all the questionable details: The company claimed to be in western Venezuela, but had an eastern Venezuela area code. Its US address had a street, but no city. The “contact” page asked for bank account details and passport numbers.”

The rest of the piece is terrific as well, going from the Arevenca experience to how the media landscape allows for unquestioning news to make their way to the public. Con artists then use the “cred” that comes from the press to build on their scams.

It’s something our global public sphere seems ill-equipped to tackle.

9 thoughts on “The “pet cock” gave them away”