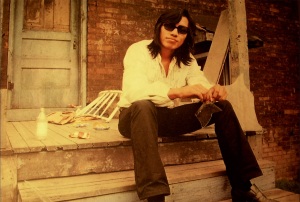 (A guest post by Venezuelan economist and Harvard Research Fellow José Ramón Morales, despairing at the pervasiveness of populist discourse, even in the face of a bankrupt economy)

Searching for a Reasonable Economic Narrative for the Opposition:

A Provocation and an Invitation

After years of attacks that reached the point of disregard of the other side’s humanity, it should be clear that the stark division between Venezuelans is the saddest of Hugo Chávez’s legacies. Not only have families been torn apart due to political differences, but the high level of generalized distrust – one of the clearest cultural features of modern day Venezuela – has been directly fueled by the raw tone of the country’s political conversation.

Division has also permeated both sides of the political spectrum, and the obvious gap between “the two oppositions” hampers the chances of reaching a democratic transition to a more prosperous future. This does not have to be the case. Inadvertently, I think we have been dancing around the silver bullet to overcome our political divisions.

For instance, take VP leader Freddy Guevara’s comments on the 45% wage increase to the military,  coupled with a 15% lagged increase in general wages.

The situation was clearly outrageous: on the verge of default, with rampant inflation and unparalleled shortages, the government increases the wages of one group in society just because they hold the country’s weapons.

What was his position? Well, this. The 45% pay rise should apply immediately to everyone.

Guevara’s was a call for “justice” that was joined by most relevant spokesmen from both sides of the opposition. Many in the MUD demanded equal benefits for all, while former Presidential candidate Henrique Capriles even suggested that the wage increase should be of 400%. I repeat: 400%.

It was beautiful. The unified front presented by the opposition seemed to move besides the petty differences of the recent past, and suggests that there is hope in the coordination and aligned political action in the near future.

The catch? Such demands are outside the country’s means. Or put differently, complying with such demands would worsen the macroeconomic and microeconomic crisis that the country is in, that everyone is suffering, and that is clearly the country’s main problem. You might expect politicians to understand how pervasive such an increase in public expenditures and production costs would be in our dire situation, but this fact didn’t make anyone blink twice before making this unified statement to confront the government.

Take for instance one of Julio Borges’ latest Sunday talks to his Amigos Invisibles. He literally goes on to say that a “True fiscal revolución” would be to reduce the VAT tax (main source of non-oil fiscal revenues in the country), and that that’s what any “gobierno serio” would do.

This is the exact approach that Chavismo has taken in governing Venezuela for the last 15 years: total disregard to the overall welfare effects of your proposals and actions just to gain additional immediate support by exploiting opportunistically the public misperceptions on how economics and public finances work.

“Salidistas” and “Entreguistas”, “Escuálidos” and “Enchufados”. If we look past the high-flown epithets, they are all proposing, quite openly, the same thing: fiscal irresponsibility. It’s as if everyone had decided to jump off a cliff together.

So, if all sides with power aspirations are proposing the same thing, then why all this tension? It’s absolutely unnecessary. After all, knowing that the country would be run the same way you are running it if you were not in power should decrease such extreme animosity, am-I-right? I think it’s time for a joint statement. Chavismo and opposition, together as one nation, laying out all the promises that there will be no money to fund…

OK… this is nothing but a provocation. I want to be fair: The opposition wants to reunite the country around democratic values. That simple fact is good enough not to lose hope on the people that are putting up the good fight.

However, the opposition needs to do more than that. “Politics, in its grandest form and highest purpose, aims at healing, educating and leading.” And we are not doing this when it comes to talking about the economy.

When we try to convey that we can make things better without facing tradeoffs, we are being no better than Chavismo. When we say that we should lower the VAT with a fiscal deficit of 18% of GDP and plunging exports, well, that’s about as irresponsible as the Dakazo or price controls.

Widening expectation gaps does the country no good, and it is no service to the success prospects of a potential Unidad government anytime soon. So what should the guiding principles of today’s opposition economic narrative be?

With the risk of being naïve, incomplete, or just plain wrong, I hope to open a conversation on this important topic with this proposal:

Overcoming Venezuela’s current crisis will require sacrifices. The opposition should be assigning the blame where it belongs, while talking about the Venezuela that we could aspire to out of such sacrifices, and how our expectations and demands from the government should adapt if we want to get there.

Our vision is a Venezuela where the paquetazos rojos and grandes virajes are a thing of the past, because economic policy-making is not the result of political opportunism anymore. In that Venezuela, your life savings will never again melt by half with the strike of a pen on a devaluation decree.

The Venezuelan economy that we should aspire to build will not crash when oil prices drop, or the year right after an election. You and your family will be able to work, save, invest and grow safely, without today’s looming sense that everything can fall apart one day or the other.

Exiting this crisis will require us to, once again, walk through the desert of adjustment. The opposition’s proposal should be to walk towards this Promised Land, not towards the mirages of the past. We will overcome our never-ending vicious cycle of populism, crisis and adjustment. That should be our economic proposal.

77 thoughts on “Searching for a narrative”