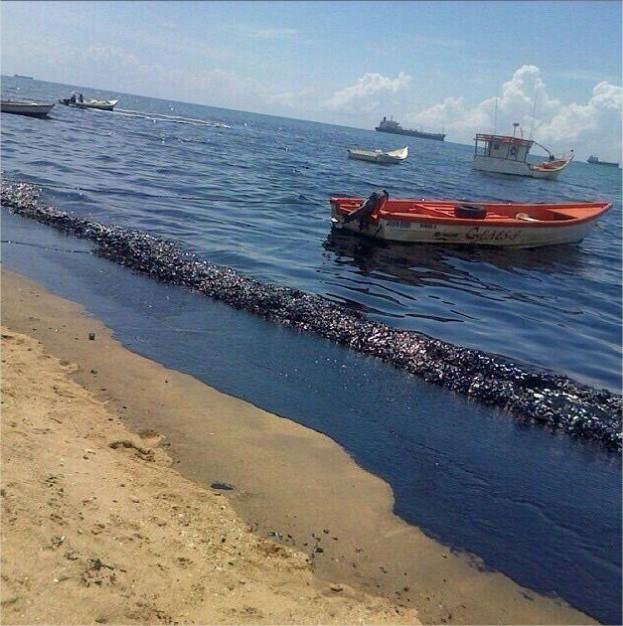 Several Twitter users (including world-class freediver Carlos Coste) published multiple photographs of what looks to be a serious oil spill in the beach near the Amuay Oil Refinery in Falcón state. In the face of the evidence, PDVSA admitted the spill and, to their credit, did not use the word “sabotage” but blamed instead a strong storm that “…changed the wind and caused the spill.” This makes us wonder … where was the spill supposed to be located then?!

Missing from PDVSA’s press release was precise information about the source of the spill, the amount of barrels involved, and pretty much anything else. And this happens one week before the Pre-COP Summit in Margarita. Not the best days for eco-socialism, or PDVSA for that matter.

7 thoughts on “Chavismo: Putting the “eek” in “eco-socialism””