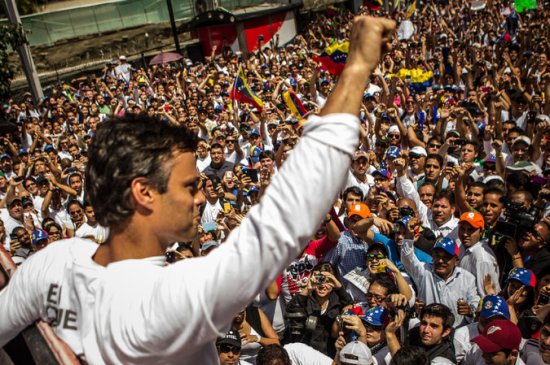 I continue to be entertained by Boris Muñoz’s candid interview with political prisoner Leopoldo López. Here are a few takeaways of what Leopoldo says in the second part:

It’s amazing that the tone Leopoldo strikes from his prison cell in Ramo Verde is much more positive and optimistic than the tone struck by some of the politicians who are out and about. However, one troubling aspect of Leopoldo’s political career comes through in this interview.

Much of what he has to say has to do with his inability to convince important political allies. His narration of recent events is littered with failed attempts to convince others of his points of view. Whether it’s calling people out into the streets after the April elections, convincing folks that the Constitutional Assembly is the way to go, or the wisdom of #LaSalida, it just seems like, barring a few exceptions, there is deep chasm between himself and the rest of the MUD.

This was on display this week. The MUD announced it was offering its position of Secretary General to activist Chúo Torrealba (more on that later), and it was leaked that Voluntad Popular, Leopoldo’s party, was the only one voting against the motion.

I don’t really know why this is. Maybe it’s a clash of personalities. Perhaps it is a product of leftover resentments from Leopoldo’s splits with multiple parties inside the opposition. Who knows to what extent political jealousy plays into this. Regardless, it baffling to me that such a charismatic, smart, obviously talented politician … has so much trouble making friends with those on our side.