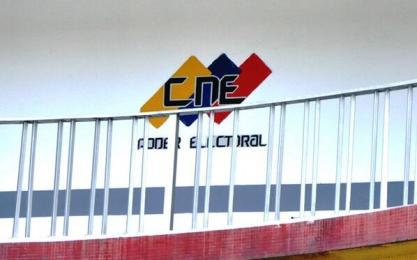 Last week, the government announced that addressing the country’s deep-seated economic distortions…just wasn’t something they were going to worry about. A few days have passed since the economic non-announcements that made this patently clear. So what does this tell us about the political road ahead?

That the 2015 National Assembly elections are going to be rigged.

The logic here is simple: voters are highly sensitive to economic conditions. There’s a reason chavismo went to such extremes to engineer a consumption boom ahead of the 2012 elections. People love stuff, and they vote for governments that make sure they get stuff.

The Dakazo was not an accident. Creating conditions for people to consume more in the months ahead of a vote gives the incumbent a huge advantage at the polls. It’s a little thing we like to call “populism.”

But to engineer a consumption boom next year, or even just to ease the currently brutal shortage situation, some serious steps toward reform are absolutely needed this year. It seemed reasonable to assume that a government interested in actually getting the most National Assembly seats next years would take the opportunity to enact reforms now.

But the Sacudón is a strong signal that reform is out of the question this year.

That means the government is going to get to the A.N. elections with nothing in the tank, an even more chaotic economy, even worse shortages, and favorability ratings even further down the toilet than they are now.

You could see that as an indication that the opposition has a good chance to take the Assembly next year. I can’t begin to imagine that’s what’s going to happen.

Post-chavismo wouldn’t last a year in cohabitation with an opposition-run Assembly. Surely they know that. Surely they won’t let that happen.

To me, Maduro is as-good-as-telling-us: the plan for next year is straight out, big time fraud, with hardcore intimidation and even-more-aggressive-than-typical gerrymandering in the mix.

We’re not talking about the kind of arguable, but-the-evidence-is-sort-of-inconclusive fraud of April 2013. Big, bold-type, flashing-red-neon fraud of the type perpetrated by a government that’s just not interested in optics. Museveni-style, Ugandan-scale fraud. Announce-that-we-won-even-if-we’re-20-points-behind fraud.

This is going to take some planning, and a great deal of execution.  Brace for never-before-seen levels of surveilance, harassment and dirty tricks. Grasp that 2013 was the pilot, 2015 is the real thing.

Expect all of the now-traditional irregularities, and much more. Expect weekly video-taped attempts to buy off opposition candidates. Expect honeypots. Expect honeytraps. Expect a poll-war on a different order of magnitude from anything we’ve seen before. Expect to see pollsters that publish anything other than a big PSUV lead hauled off to Ramo Verde. Expect an even more extreme PSUV machine, out stuffing more ballot boxes in more places more blatantly with more intimidation tactics on our witnesses than we’ve ever seen before. Expect the furthest extremes of “voto asistido.” Expect total media silence on all of this.

It’s that, or some pretext to suspend the election. But it’s probably that.

34 thoughts on “An Election Fraud as Big as the Ritz”