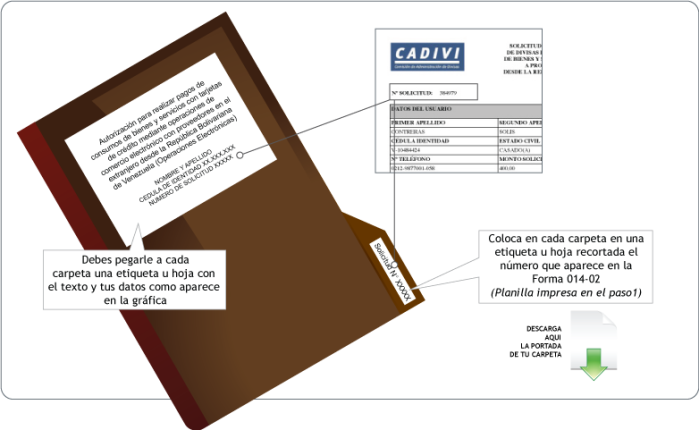 Last night, Nicolás Maduro announced that all purchases at every supermarket, convenience store, and mom-and-pop abasto would have to be verified through a fingerprint scanner in order to prevent people from purchasing too much – an electronic rationing card. The cadification of the Venezuelan economy is complete.

Listen, about ten years ago, some distant relatives from Venezuela came to Chile on a visit. The patriarch of this family was a retired politician, an intellectual I always admired and respected, and the author of several books on contemporary Venezuelan history and politics. I was thrilled and honored to have them over.

The first day of their trip, I showed them around Santiago. They didn’t enjoy it much, because they were too distracted. All they could think of was finding an ATM that would allow them to withdraw their Cadivi cash allowance.

Watching this hero of mine, this towering figure from my youth, reduced to going from one ATM to another trying to see if “pasó la tarjeta,” if their card was actually working, kind of broke my heart. It brought home the inherent perversity of a system like Cadivi. He couldn’t really enjoy his vacation, because he was always worried that he wouldn’t be able to pay off his hotel bill, his car rental, his incidentals. You never knew when the government would pull the plug on your financial independence, when they would revoke the permission to use your money wherever you please.

I think that’s when freedom died for good, when Cadivi came about. Venezuelans were then forced to go through innumerable hoops, file ridiculous folders, in order to access some cheap dollars.

The worst part? Many people were thrilled about it. Cadivi was a party, and many people had a great time at it. Cadivi was a huge subsidy, but in order to get it, you had to check your dignity at the door. In fact, you were pissed when it went away, and few opposition politicians even dared to say that Cadivi had to be eliminated, saying instead that it had to be “intervened.“

I don’t blame people for going through Cadivi and submitting themselves to this perverse system – thankfully, I have never been on that thing, but I understand that people had no choice.

What I blame some of them is for not realizing what they were subjecting themselves to. Yes, people had no choice, but the least you could do is be aware of what you were losing. Heck, Aristóbulo Istúriz sepelled it out for you in recent days, and there are still many who do not understand.

The patriarch from my story? Well, he was thrilled every time the card would pass unencumbered. He would check his bank account every night to see how much of his quota he had already spent, and he would always be counting his pesos.

He couldn’t take a break from the revolution – the revolution was always travelling with him, knowing where he went, and what he spent on. It was his shackle, but he didn’t realize it.

Sometimes, you give up your freedoms because you have to, because they are taken away from you. That is the case in Venezuela. But the least you can do is be mindful of it. This thing from last night? It’s just the corollary of what you’ve been subjected to.

Freedom in Venezuela died a long time ago. Perhaps it’s only now that you’re realizing it.

65 thoughts on “When did freedom die?”