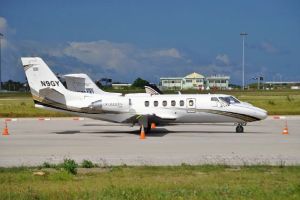 The international press is going to town with this story. Three pieces stand out …

ABC’s Emili J. Blasco (the well-sourced Washington correspondent with the juicy details on Hugo Chávez’s illness) says sources in Washington confirm Carvajal was the “main figure” in the drug-running operation set up between the FARC, the Venezuelan military, and Hugo Chávez himself. In fact, Carvajal apparently came to Aruba in a private plane leased by an associate of Rafael Ramírez, a man named Roberto Rincón who lives in Texas, according to Alek Boyd and other sources. The money quote:

The general came to Aruba in a plane that belongs to an associate of Rafael Ramírez, president of the oil company. Besides, they point to the extraordinary information Carvajal can provide regarding the relationship of Chávez’s Venezuela with Hezbollah and Iran. “It’s like Pablo Escobar and Vladimiro Montesinos rolled into one, an intelligence chief who is also a druglord,” claim the sources.

Colombia’s Semana also mentions the Iran angle, but mostly they focus on Carvajal’s more-than-cozy relationship with the FARC. They claim Carvajal provided the FARC with war weaponry, pointing to an old case regarding a Swedish company, who sold equipment to Venezuela and it ended up in the hands of the FARC. This information was corroborated via the Reyes laptop (remember that?). The money quote:

The obvious question is how those weapons left Venezuela’s army headquarters and landed in the FARC camps. The answer was found in Raúl Reyes’ computers, found in his camp after he was killed in an army raid. In the computers, whose authenticity has been certified by Interpol, there is evidence that General Carvajal was the supplier of the weaponry.

Finally, legal analyst José Ignacio Hernández ponders for Prodavinci the question of whether or not Carvajal has diplomatic immunity. The bottom line: consuls have limited immunity, and the Vienna Convention really does not apply to this case. The money quote:

… immunity of jurisdiction is extended to all consular em

Finallployees, whose appointment does not require, as a rule, the acceptance of the Kingdom of the Netherlands. It could have been that Carvajal had not been officially annointed consul, but he was a consular employee, in which case he could benefit from immunity according to article 43 of the Vienna Convention.

However, immunity of jurisdiction is not a carte blanche. This type of immunity only applies to “actions executed in the exercise of consular duties.” It does not seem as though Carvajal’s detention has anything to do with his consular duties.

25 thoughts on “The Carvajal plot thickens”