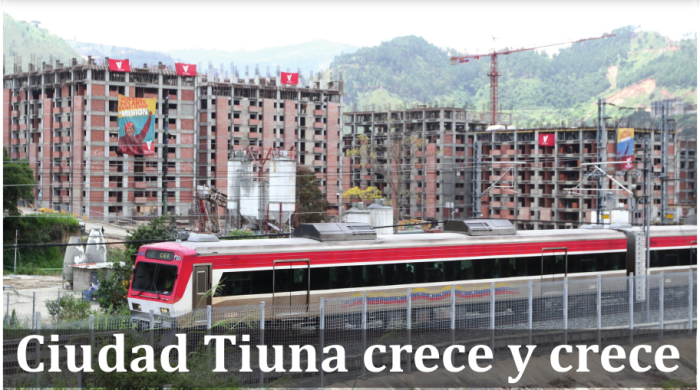 Everybody’s got their favorite bit of Jorge Giordani’s heartfelt swan song, a letter he calls “Testimony and Accountability Before History.”

Personally, this is the ‘graph I just couldn’t get past:

In this path of the Bolivarian process, it was crucial to conquer the challenge of [the Presidential election of] October 7th 2012, as well as the [gubernatorial] elections of December 16th of that same year. It was about the consolidation of political power as an essential objective to strengthen the revolution, and the pathway to a new phase of the process. The objective was met with great sacrifice and with an economic and financial effort that took the access and use of resources to extreme levels, which will require a review to ensure the sustainability of the economic and social transformation.

So this is Giordani saying something everybody knew: that they spent it all on getting Chávez elected, even though they know the problems this would store up for later.

Of course, this statement comes wrapped in true believer “monk” ideology bullcrap, failing to ponder on whether there was any wrongdoing even when, uh, the “mechanism” to consolidate political power at the time was elections and the law forbids using public funds to win them. Frusilerías burguesas, pues…

In a way, his sincerity is refreshing. He doesn’t beat around the bush. He almost goes on and just says it: we squandered the public treasure to get Chávez elected in 2012. Ciudad Tiuna is perhaps the best example of this. They rushed the construction of the first buildings inside the massive Fuerte Tiuna military complex just to have something to show before the elections. A couple of years later, and it looks like an infrastructure cemetery.

He goes on to describe the nature of the extreme spending measures —which won Chávez the elections— in a Disney-like fashion:

2. Improving the quality of life of the majority of Venezuelans through public sector spending.

4. Accomplish the access to the necessary resources with a substantial increment of PDVSA debt, internal Central Government debt, and moderate foreign debt.

6. Subsidies to state owned companies with great operational deficit in order to ensure employment and salaries to the workers on the short term.

Giordani claims that both Chávez and himself recommended these issues should be subject to review once the election was over. I guess his tiff with the current government is that they are not doing this the right way – the socialist way. Oh well…

As far as pragmatic policy-makers go, well, we know Giordani wasn’t one – the man is quite clear in saying that the “path of dismantling and rebuilding is hard,” meaning that YES, he admits to purposely destroying the Venezuelan economy as a matter of principle (or belief, whichever suits the “monk” legend best). The funny thing is, we have been riding on the last fumes of our former not-so-capitalist oriented system these past fifteen years. Chavismo has not yet invented anything new – it has simply taken the old, bankrupt state patronage system and fed it an unhealthy dose of steroids. In the end it looks like Giordani was trying to kill what (he understands as) Capitalism with an overdoze of (what he understands as) Capitalism.

As the letter shows, there is not an ounce of regret in Giordani’s words. This is not the confession of a dying man. No. This is the Monk, reading the last rites to an entire country.

UPDATE: Chavismo’s slimiest villain, Juan Barreto, gave an interview to Carlos Croes on Televen where he revealed that during his years as Metropolitan Mayor he believed to have been tasked with bringing down the Alcaldía Metropolitana. Yep, the same office he was appointed to run by the good people of Caracas. It takes him just a few words to explain the Giordani dogma: to build we must first burn. Guess they were all in the same page. In these times of intrigue and deception it is refreshing to read something as candid as this (NOT):

Look, when I was in functions as mayor, the first thing I tried to do was destroy the Metropolitan Municipality and they didn’t let me.