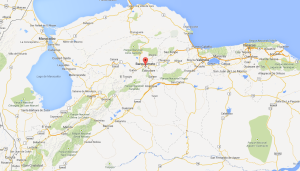 Along with other major cities, Barquisimeto has also taken its own share of repression, both by paramilitary groups and the Armed Forces. The protests have, in some cases, been led by prominent local PSUV members. Below, I share a first-person account of a particular attack from a friend. It highlights the way that paramilitary gangs and the Armed Forces interact to threaten and intimidate protestors.

10:00 AM. La Trinitarias neighbors start to bang pots and pans at the 6th street entrance to their condominium. Approximately 20 people were there, most of them women and children.

10:30 AM. A group of at least 30 people approaches, all dressed in red, led by Gabriel Guerrero, former PSUV city council member. Neighbors begin to exit their houses to see who the visitors are.

10:40 AM. The municipal police (opposition-led) shows up, and the chavistas leave. They walk a few meters and they hide behind the fire station, which is less than 100 meters from the street’s entrance. They threaten to come back, and warn that it won’t be in peace. They assure us that they will gain access to the street.

12:50 PM. The group behind the fire station begin attacking the neighbors with rocks. All the neighbors respond, throwing rocks back and shouting. Almost everyone leaves their houses this time. The attackers retreat. 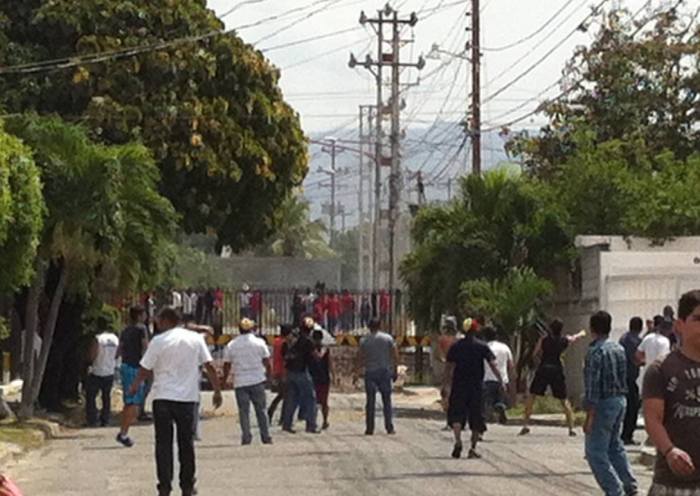 1:20 PM. A white pickup truck arrives with more chavistas, and it joins the first group. They begin throwing rocks, and large fireworks, know as mortars. Detonations are heard.

1:30 PM. A Toyota SUV (Meru), a white pickup truck, along with 15 bikers, start shooting towards our street. Shots are fired, along with “mortars” and molotov cocktails.

1:40 PM. The group leaves and starts attacking those in the nearby residential building. The residents confront them and make them flee. 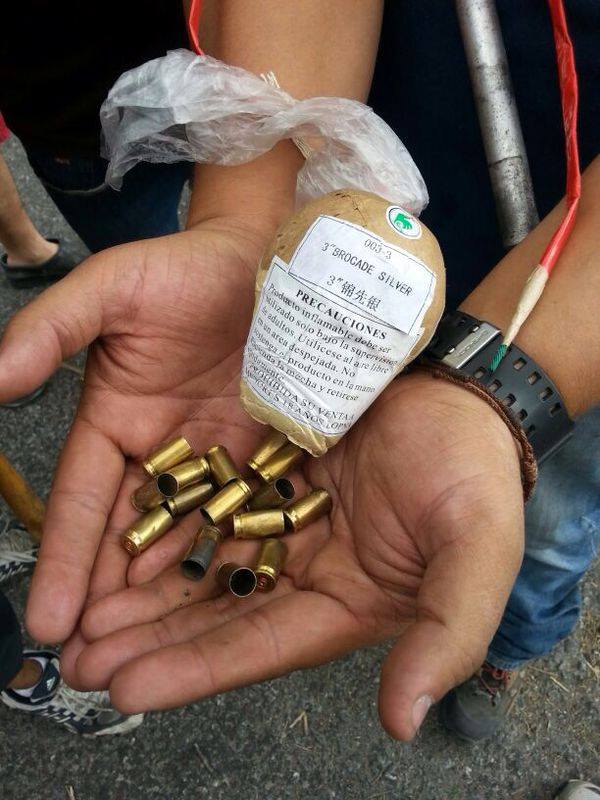 found at the street’s entrance after the events.

Shortly after, army tanks start to arrive to support the chavistas. One of the tanks breaks into the parking lot of one of the residential buildings and provides access for them. 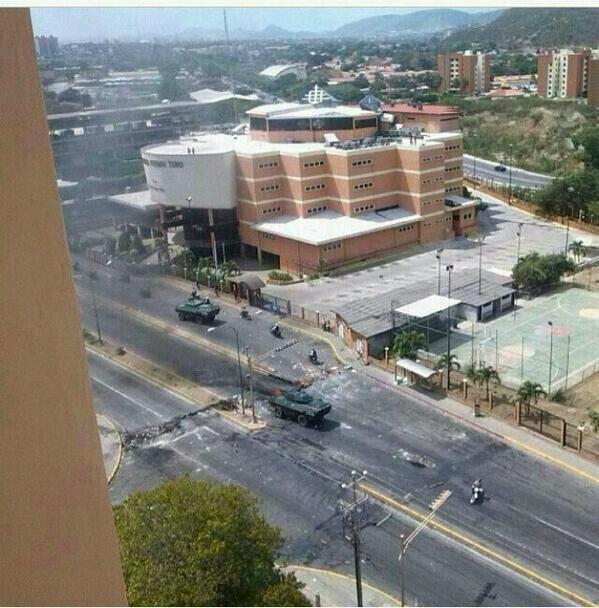 All these picture were taken at the mentioned event. The following picture shows one of these tanks in detail. 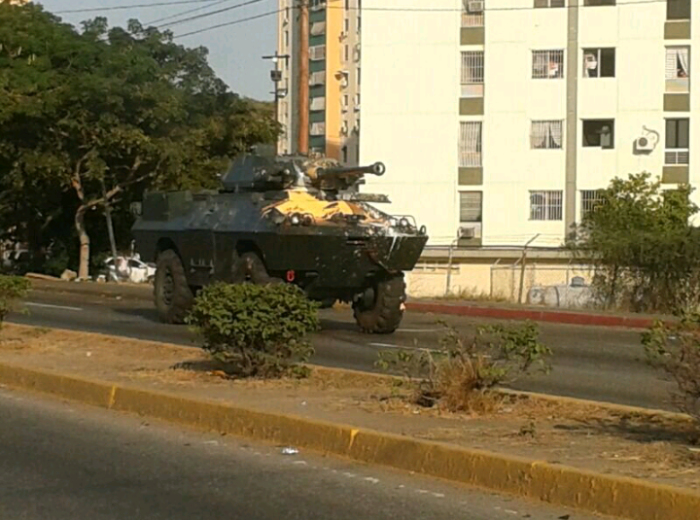 No casualties were reported. Needless to say, the fear level has spiked in this neighborhood.