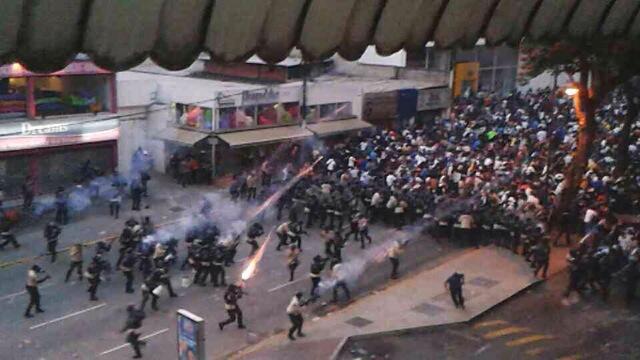 As the student protests continue, shocking stories of the detained are hitting social media and some news outlets. Detainees are not allowed to see their family members, some students have been beaten, shocked with electricity, doused with gasoline and threatened to be set on fire. There are personal accounts of detained students being stripped of their clothing and forced to sing Cuban folk songs while being detained in Caracas. One family member had to pay ransom in dollars in exchange for a student’s freedom, and there are reports from Carabobo  that one of the young detainees was anally raped with an assault rifle.

It’s not only students who are suffering from the repression of security forces. Provea’s Media Coordinator Inti Rodríguez was kidnapped and beaten by Sebin personnel. Reporters from various media outlets have been detained, some beaten, and some even mugged by security forces.

Since this wednesday 120 persons have been detained, as of right now, 14 remain in the custody of the police. No word if they will suffer the same fate as the other detainees.

39 thoughts on “Torture, Rape and Ransom”