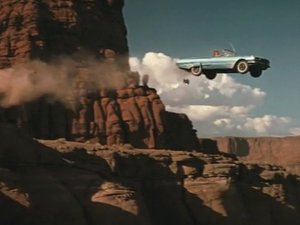 After yesterday’s local elections, Venezuela finds itself facing an unusual juncture: the next elections, for National Assembly, aren’t due until the second half of 2015. In a normal country that may not feel like a long time, but in a country that’s settled into a rhythm of high-stakes yearly votes, 18-24 months without an election will feel like an eternity.

To be clear, it won’t be just any 18-24 month period. It’s likely to be a time of extraordinary economic and social dislocation. Bad as inflation and scarcity have gotten this year, there are important signs suggesting that what we’ve had so far is just a little amuse-bouche, a prelude to the real macro clusterfuck.  By this time next year, Venezuelans are likely to look back on 2013 as “the good old days”, a time of (relative) economic stability.

Barring an increasingly unlikely middle-east freakout able to drive a major spike in oil prices, Venezuela looks set to enter one of those periods of acut macroeconomic instability that, as a rule, take Latin American governments down with them. And there won’t be any elections around the corner to help mediate the coñazo.

Maybe the lack of elections is a blessing in disguise, though. Elections generate irresistible pressures towards populist posturing at a time when the country is poised to experience a concentrated dose of the reductio ad absurdum outcome of uncontrolled populist posturing.

Not having an election allows us a bit of space to pose the question differently: if, as we keep saying, democracy has collapsed in Venezuela, then the institutional link connecting “what the majority thinks” with “who governs” no longer operate.

But if popular support is no longer the government’s real base, then what is its real base? How is that real base likely to react to the conditions of sharply higher inflation and much more acute shortages likely to prevail next year? And what can the opposition usefully do to establish itself as a safe harbour from the economic maelstrom that that base can safely turn to?

To me, it’s clear: chavismo’s real base is less and less in the barrios and more and more in the corridors of CADIVI and Fuerte Tiuna: a genuinely parasitary crony elite grown immensely fat on the corruption opportunities the Distortion State affords.

The criminal element – c.f., Cartel de los Soles – is an important component of this Enchufado Elite, but we shouldn’t be too hasty to conflate the making-lemonade-with-the-lemons-life-gave-me component with the outright criminal element. En esa vaina hay de todo, including a good number of one-time “respectable” people who are genuinely conflicted – trapped into a system that forces them into dealings they know don’t pass the smell-test, from the church-going businessman who knows CADIVI is rotten but can’t continue operating without playing along, to the Army Coronel who has to swallow his bile each time he arrives on base and sees the Cuban flag fluttering overhead.

In the post-democratic era, this is the backbone of the regime’s support: the people the governing clique genuinely can’t afford to alienate without placing their own privileges in peril. The real question over the next 12-24 months is how this compromised elite is likely to react to a sharply increased level of macroeconomic instability, and what the opposition can usefully do to position itself as an attractive camp to defect to.

Gradually, as chaos spreads and it becomes more and more evident that the government doesn’t have the minimal level of adaptability it takes to reverse even its most destructive policies, at least some portions of the enchufado elite are going to become more and more desperate for alternatives. Giordani’s death grip over the economic cabinet makes it hard to imagine the government taking a pragmatic turn. That to me spells a window of opportunity amid the chaos, one that the opposition better figure out a way to exploit.

For me, the road ahead is clear: the opposition should try to position itself as a safe pair of hands, the only camp able to bring a minimal acceptable level of macro order. That means speaking directly to the enchufado elite’s concerns. (I told you from the headline this is about winning ugly.) It means establishing your bona fides as having the kind of competence and capacity to effect change the government plainly lacks. And it means extending credible commitments to overlook a whole pile of shit that nobody decent would be willing to overlook…were it not for the fact that the alternative is even worse.

The opposition needs to suit up, in other words. It needs to speak directly to the people with the real power: the guys with the guns, and the guys running the roscas for whom the payoff in terms of privileges will increasingly be outweighed by the costs in terms of day-to-day chaos.

It’s just as well that this is our only option, because the opposition political leadership actually may have the means to pull it off, whereas it lacks basically everything it would need to speak to the people who matter less and less: the broad center of the Venezuelan electorate.

Watching TV stations that the opposition is barred from, listening to radio that self-censors any critical view, basically never reading, the broad electoral center could only be reached through the kind of intensive face-to-face politicking that the opposition has spent the last 14 years telling itself it needs to get serious about and never gets serious about.

And it’s not really a surprise: the oppo activist grassroots is geographically concentrated – one is tempted to say segregated – in middle class enclaves physically removed from where normal Venezuelans live. In the era of Media Hegemony, the organizational challenges to reaching these people face-to-face are daunting, though they might imaginably be overcome by throwing a lot of money at the problem. Except, of course, the government has been brilliantly effective at cutting off the opposition from those who might fund them, leaving the oppo parties chronically broke.

Let’s call a spade a spade: mass politics is a dead end for us.

It may be that the scale of macroeconomic chaos itself renders the government’s propaganda offensive (the economic war stuff) increasingly incredible even for the mass electorate, and that may add further impetus for the Enchufado Elite to look for alternatives. But that’s a process that’s likely to take place whatever the political opposition does or doesn’t do…precisely because the political opposition lacks the media access and the money it would take to communicate with that public.

Now more than ever the opposition needs the cold blood to take an unsentimental look at the regime’s real base of support. These are not nice people we are talking about. These are very nasty people. As the economy deteriorates, they’re likely to add desperation to  nastiness. Nobody can be satisfied that so much now depends on how they react to the intensification of the chaos that has already enriched them.

It will take real political skill to defuse that explosive mix, to turn it into part of the solution rather than part of the problem.