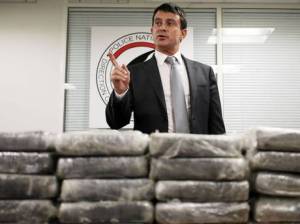 As you know, an enormous haul of cocaine made its way into an Air France A340 that flew from Caracas to Paris last week. While a few low-ranking National Guardsmen have supposedly been detained, I await with short breath to hear which Cubans will fall on their sword for this one.

It has long been suspected that Cuban intelligence operatives are in control of key aspects of Venezuelan infrastructure, notably the International Airport. If we believe this is true, then the French drug haul is as much their responsability as it is the National Guard’s.

There have long been reports that Cuba is involved in drug smuggling. You wouldn’t expect anything less from a government whose key international ally is the FARC. It is not surprising that an airport essentially run by Cuban operatives is a major shipping point for cocaine into Europe.

18 thoughts on “Snow in Havanna”