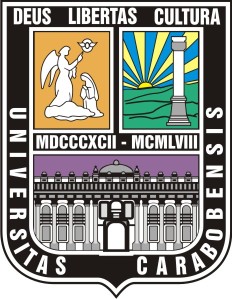 Next up in Education Week, we hear from María Isabel Puerta, a Professor at Universidad de Carabobo in Valencia.

When I share my struggles at the Universidad de Carabobo (UC), I always get the same look as if: «do you really think you’re the only one?» Everybody has a rough start, reaching Tenure most of the time takes years, spent largely waiting for the eluisive Competitive Contests – concursos de oposición -needed to secure tenure. There’s simply not enough money to call concursos in the terms the Law requires; and so, as I patiently waited for one, I made my way through Graduate School – which is expensive if you only live of your insignificant adjunct prof salary.

I decided to stay here rather than going abroad for my Master’s Degree so I wouldn’t miss the Competitive Contest. And after I got Tenure, I didn’t have the time to apply for my Doctoral studies abroad, so I had to do that here too. I must say that the UC waived my tuition, but the investment I made just in books tops that.

I still thought it was worth it, you know, I was a Professor just like my Dad… only without the financial security he had from the beginning of his career back in the days when it was very attractive to be a University professor. Universities were a symbol of the transformation of Venezuelan society, the apex of a mass education system that did so much to aid social mobility for so many.

Maybe I’ve always idealized the University, but when you get to know the real stuff that lies beneath, it’s just plain cruel. My dream was to teach and research, which I naïvely thought was the core of our role here. But, that’s not the common perception. There are very few with an affinity for research, and thank God for that, because there is so little money to fund that even the few of who do it struggle to support it. There’s a tiny set of enchufados that gets the juicy grants while the rest of us, not so blessed by relations and connections, end up financing our own research.

The other aspiration I had, was to go to every possible academic event, seminar, conference and congress I could get near, to try to make up for some of the isolation I accepted by staying here. But nope, that’s not how it works. In my University, the UC, we’re allowed to receive financial aid from our Research Counsel (CDCH) every two years. You’d cry if you saw the Per Diem Scale for trips abroad. It’s a joke, and not one in good taste. So, you end up paying for a lot of expenses, at least in my case. This year I have another Congress, in Bogota, and that too is on me.

I bet you’re asking yourself, so if it’s so bad, why do you keep doing it? I’ll tell you, it’s not for the thrills. I’ve given up trying to publish here, because the resources are scarce and connections are much more important than quality of research. I’ve focused on publications from other countries and, so far, I’m doing better abroad than at home.

And that’s the lesson I’ve learned. Trying to change this, it’s not an easy task, and it’s much worse if you try it on your own. So you learn to live with it. And that’s what scares me the most. It’s not just the Government that doesn’t invest in Research; it’s the University itself that cares very little about it. So, that’s why many of our Professors are leaving, and those of us who never imagined we would have ended up considering it. Sad thing is, at this point, I’m not feeling a bit guilty about it anymore.