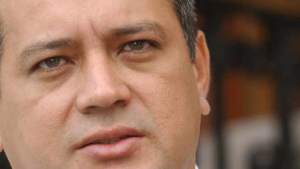 The power and the money

The next big date in the charade that has become the transition process in Hugo Chávez’s Venezuela is January 5th. This is when the National Assembly reconvenes to select a new President for the year.

The date is pivotal for several reasons.

When Chávez dies (please excuse the bluntness, but this is no longer an “if”), elections will have to be called. Chávez himself has ordered so.

In the interim , there is a high chance that the President of the National Assembly will hold temporary power. Nicolás Maduro’s term as appointed Vice-President ends on January 10th, and until a new President is sworn in, he cannot be in charge. He is basically out of a job after that date.

If Cabello is dumped for someone else (chavista firebrand Blanca Eekhout is being mentioned), this would point to Maduro wanting to consolidate power and not trust his candidacy to Cabello, who would control the purse-strings during the transition. It would suggest tensions within chavismo are high.

However, even if Cabello is re-elected, Maduro could still be President and candidate at the same time. For that to happen, the TSJ would have to swear Chávez in (obviously in Havana) and Chávez would have to appoint Maduro Vice-President again.

This is all speculation, of course. It’s still possible that Cabello is re-elected AN President, holds temporary power while Maduro runs, and nothing happens. That may point to a smooth transition within chavismo – smoother, at least, than some people think. Or a consensus candidate for AN President could emerge.

I have no clue what’s more likely at this point, and I feel no shame in admitting it. It stinks to the heavens that thinking about our country has been reduced to Cubanology of the highest order, but there is no point in dwelling on this.

That’s the name of the game, and I guess we all have to play it.

133 thoughts on “The Saturday Shuffle”