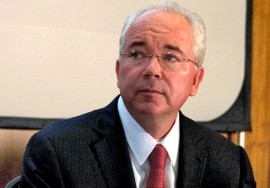 Rafael Ramírez: Voted SOE-head least likely to get in trouble with his minister.

After recounting the whole sordid series of fuck-ups that have plagued PDVSA over the last nine years, from Maletingate and PudreVAL to Illaramendi and the Guarapiche Spill, The Economist quips,

In theory, such a string of mishaps should have put Mr Ramírez in trouble with his supervisor, the petroleum and mining minister.

Erm…it’s a funny thing, that…